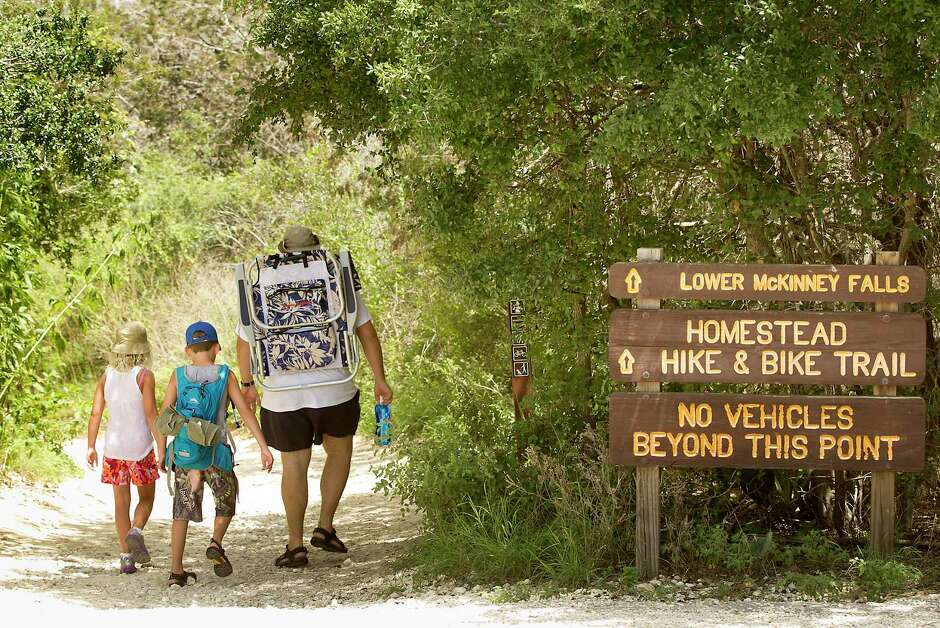 Under proposals poised for adoption by the Texas Legislature, voters this fall would decide the fate of a constitutional amendment that would dedicated as much as $175 million generated by sales tax paid on sporting goods to the perennially cash-strapped state parks system.

As the Texas Legislature heads into the final month of its 86th biennial 140-day session, lawmakers appear poised to adopt several proposals that would affect outdoors recreation or the natural resources on which activities such as fishing, camping, hunting and boating depend.

Last week, the Legislature moved closer to passing a pair of bills that would allow voters to decide the fate of a constitutional amendment that would ensure reliable and significantly larger annual funding of the perennially cash-strapped state parks systems.

Bills that would require use of emergency engine cutoff devices by most boaters, exempt hunters pursuing feral hogs from hunting license requirements, allow a fee to be charged hunters and landowners who participate in a state-administered white-tailed deer management program, and increase penalties for some commercial fishing-related offenses also moved closer to passage.

Voters also to have say

The bills, authored by Sen. Lois Kolkhorst, R-Brenham, pave the way for Texans to vote on an amendment to the Texas Constitution that would, beginning in 2021, dedicate all revenue generated by state sales tax paid on items defined as sporting goods to the Texas Parks and Wildlife Department and the Texas Historical Commission.

Current Texas law allows the Legislature to appropriate as much as 94 percent of revenue from the 6.25 percent general state sales tax paid on sporting goods to TPWD to fund the state parks system and the remaining 6 percent to the Texas Historical Commission to fund that agency’s operations. Appropriations from that account are crucial to funding the state park system as well as TPWD-managed grant programs for local parks across the state.

Lacking reliable, adequate funding, Texas’ 95-unit state park system has struggled, saddled with a backlog of tens of millions of dollars in deferred maintenance as well as damages caused by a years-long series of natural disasters.

Under terms of the proposed constitutional amendment, all state sales tax revenue generated through purchases of sporting goods automatically would be appropriated to TPWD and the Texas Historical Commission, bypassing the legislative appropriations process. Texas’ Comptroller of Public Accounts estimates the sales tax revenue from sales of sporting good will generate $170 million in 2020.

While both chambers of the Texas Legislature have passed SB 26 and SJR 24, the House-passed version includes amendments not found in the Senate-passed version. If the Senate OKs the slightly amended versions of the two bills and they gain the governor’s signature, the constitutional amendment will be on the statewide ballot for a November vote.

Legislation aimed at reducing boating injuries and fatalities by requiring the use of emergency engine cutoff devices appears close to final adoption. HB 337 by Rep. Lyle Larson, R- San Antonio, would require operators of powerboats less than 26 feet in length and equipped by the manufacturer with an engine cutoff switch to have that switch attached to them when the boat is underway.

The switches — often called kill switches — usually are attached via a lanyard with one end attached to the boat’s electrical system and the other to the operator’s wrist, belt or life jacket. If the operator is thrown from the helm or boat while it is underway, the lanyard pulls a plug that immediately kills the engine.

The Texas House has passed HB 337, and lastweek the proposal cleared a Senate committee, which recommended its passage.

SB 733, jointly sponsored by Sen. Charles Perry, R-Lubbock, and Sen. Pete Flores, R-Pleasanton, would allow the Texas Parks and Wildlife Department to charge a modest fee for participation in the agency’s Managed Lands Deer Program. Currently, participants are charged no fee to participate in the program.

The MLD program allows landowners who enroll in a department-approved wildlife management plan to enjoy more liberal deer-hunting regulations than on land not enrolled in the program, including much longer deer-hunting seasons and, in many cases, more liberal bag limits.

With MLDP’s explosive growth, administering the program — processing applications, visiting sites, helping landowners develop management plans and issuing permits — has greatly increased the work load of TPWD wildlife division biologists, reducing staff time to address other duties. Charging a fee to participate in the program is expected to generate as much as $1.35 million annually.

SB 733 has passed the Senate and cleared its House committee last week with a recommendation that it be passed. SB 733 is awaiting scheduling for a vote in that chamber.

Legislation that would exempt persons who huntferal hogs on private property with the consent of the landowner from hunting-license requirements appears close to passage. SB 317 by Sen. Bryan Hughes, R-Mineola, was passed by the Senate, cleared its House committee and awaits scheduling for a vote in the House.

SB 733 would exempt landowners, their agents and lessees who take feral hogs on the landowner’s property from the current requirement that they hold a valid Texas hunting license unless the hogs they were taking were “causing depredation.”

Penalties for taking oysters from closed areas, violating undersize oyster rules or possessing a cargo of oysters in which 30 percent or more are under the 3-inch minimum would be significantly increased under HB 2321 by Rep. Geanie Morrison, R-Victoria. The bill is aimed at addressing increasingly frequent repeat violations of those regulations by some commercial oyster fishers and the violation’s modest penalties under current law.

Under the legislation, which is scheduled for an April 29 vote in the House, charges for offenses related to undersize oysters or harvest of oysters from a closed area would be increased to include Class A and Class B Parks and Wildlife Department misdemeanors, with enhanced penalties, including license suspension, if a defendant has previous convictions for related violations. Currently, violations involving the taking oysters in closed waters and undersize oyster violations are Class C misdemeanors.

HB 1828, by Rep. Mando Martinez, D-Weslaco, would address instances in which black-market commercial trade in illegally taken or possessed fish such as red snapper, including cases involving multiple tons of fish. Currently, most of these violations are Class C misdemeanors, with fines of $500 or less.

Under HB 1828, which has passed the House and is scheduled for an April 29 hearing in the Senate, a person buying for resale or receiving for sale or transport any aquatic products taken, possessed or sold in violation of federal or state law could be charged with a Class B misdemeanor, Class A misdemeanor or a state jail felony, depending on the value and weight of the illegally taken, possessed or transported fish, shrimp or other aquatic resource.